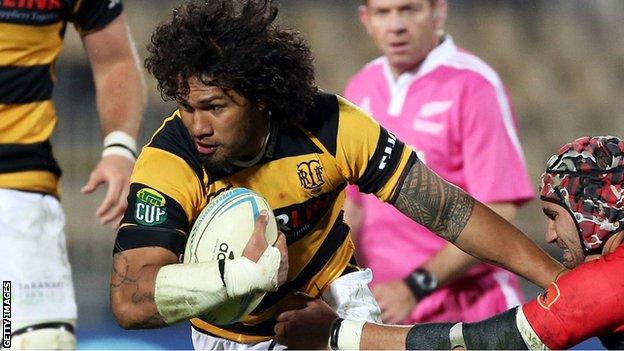 The powerful 26-year-old will move to the Arms Park immediately to boost the region's midfield options.

"Isaia is a very strong ball carrier and defender who will add to our squad," said Blues director of rugby Phil Davies.

The Blues were eliminated from Europe following Saturday's 13-19 defeat by Exeter at the Arms Park.

Twice capped Tuifua, ho is 5ft 10in and weighs 14st 6lb, featured for Samoa against Georgia in November 2013 and will link-up with his new team-mates later this week.

"We have brought him in initially until the end of the season to look at him and provide us with cover with the injuries we have to the back line," added Davies.

"We feel Isaia's style of play will complement the likes of Dafydd Hewitt, Gavin Evans and Richard Smith and give us another option. It gives us depth in midfield as other players come back from injury."