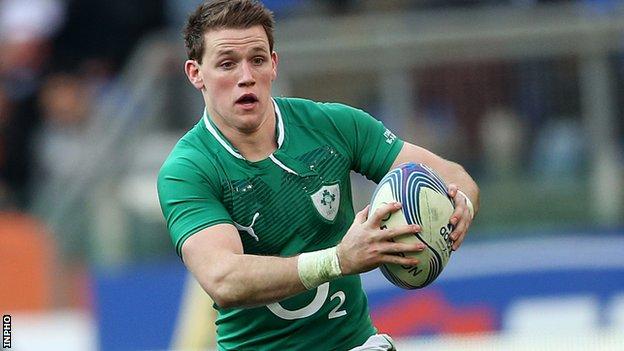 The wings come in as Ireland await news on Munster's Keith Earls, who will have a scan on a knee injury sustained in Sunday's win over Edinburgh.

A number of players reported to training on Monday with knocks, but none are considered injury concerns.

Ireland start their Six Nations campaign against Scotland at the Aviva Stadium on 2 February.

Lions wing Zebo has found fitness after a foot injury sustained in October while Gilroy has recovered after suffering a suspected concussion in Ulster's victory over Montpellier in the Heineken Cup on 10 January.

Earls was forced off after sustaining his injury in the first half of the Heineken Cup victory over the Scots at Thomond Park.

Lions wing Zebo came on as his replacement and scored Munster's fifth try in the 38-6 win, which secured a home quarter-final against Toulouse.

Ulster's Tommy Bowe could also come into contention for a Six Nations spot as he nears full fitness after a groin injury.