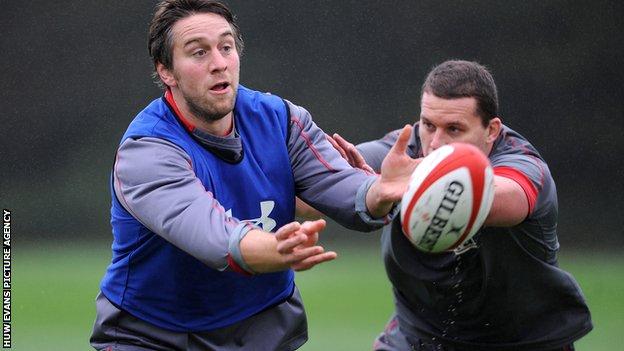 Former Wales forward Ian Gough believes that Ryan Jones will be sorely missed by Warren Gatland's side during the Six Nations.

Back-row forward Jones, has been ruled out of Wales' defence of the tournament because of a hamstring injury.

Gough, believes the 32-year-old's influence and experience was one of the main reasons why Wales retained the title last year.

Jones, who has captained Wales a record 33 times, led the side in three of their games during the 2013 tournament, when Sam Warburton was sidelined with injury.

Wales recovered from defeat against Ireland in their opening game to clinch the title with a resounding 30-3 victory over England in the final game of the tournament.

"I think he was one of the main reasons why the fortunes of the team turned around and he had a fantastic tournament last year," said Gough.

"He has superb experience and is a great captain."

Wales have called up Jones' Ospreys team-mate James King to the squad in his place.

Gough knows King from his time at the region and says he's been working hard to gain international honours.

"He's been sort of ticking over the last couple of years biding his time for his chances.

"He's a fantastic talent. He's been working on his size and bulking himself up to take the bangs of international rugby.

"Him and Andrew Coombs are reasonably similar players I'd say - people you want in your team just to do all that work."

Wales begin their campaign at home to Italy on 1 February, before travelling to Ireland the following weekend.

Gatland's men then face France at the Millennium Stadium on 21 February in a Friday night match, before rounding off their campaign in March away to England and then against Scotland in Cardiff.