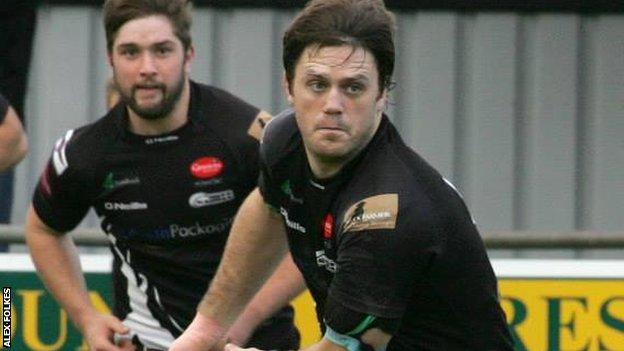 Launceston captain Ben Hilton has been named in a 20-man England Counties squad to face a French Federation XV.

Hilton is one of four National League Two South players in the squad, with Exmouth scrum-half Richard Bolt also selected for the game on 31 January.

The Counties side will be captained by Wharfedale forward Rob Baldwin, who led the tour to east Africa in 2012.

"The squad has plenty of experience with a number of players who were involved in last year's victory against France Federale," said England Counties manager Mike Old.

"That was a hugely physical game and we expect the game in Nevers to be extremely tough, but we believe that we have the squad to match the French and the creativity to give ourselves scoring opportunities."