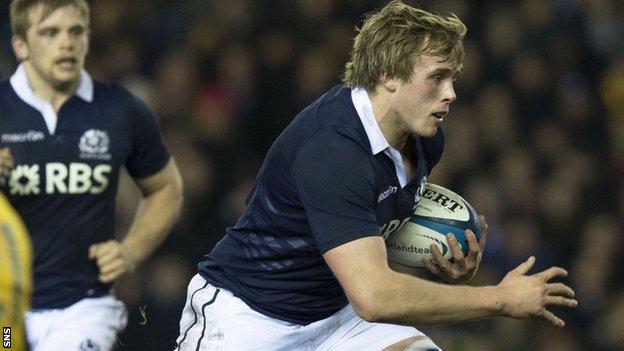 Jonny Gray, Rob Harley, Dougie Fife and Greig Tonks have dropped out of Scotland's Six Nations pool to join the A squad which will face England Saxons.

Scotland A will be led by Shade Munro, who will be supported by his Warriors colleague Kenny Murray and Edinburgh assistant Stevie Scott.

Saxons travel to take on the Scots at Scotstoun Stadium on Friday 31 January.

"I'm delighted to have been named head coach once again and, after last year's victory down in England and our success at Netherdale two years ago, we're looking to try to continue our good record against the Saxons," said Munro.

"We'll be coming together as a squad next week. I'm pleased with the mix of promising young talent and hard-nosed experience that we have in the squad and we'll look forward to performing at Scotstoun."

Glasgow pair Gray and Harley and Edinburgh duo Fife and Tonks link up with many of their club team-mates in the squad.