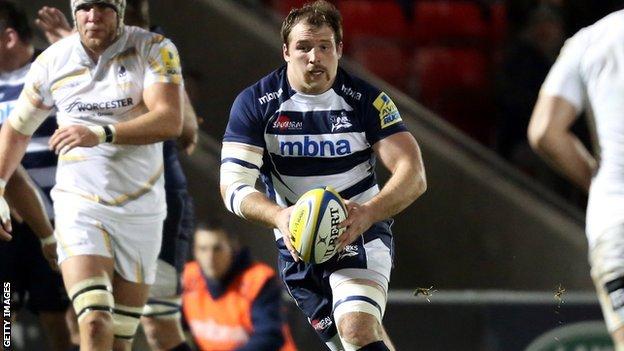 Sale had already announced earlier this week that Thomas was leaving, and that The Rec was his likely destination.

Thomas, 22, who is part of Stuart Lancaster's England Six Nations squad, will be joined at Bath by 21-year-old Saracens loosehead prop Nick Auterac.

"Henry and Nick are exceptionally talented and have a lot of potential," said Bath forwards coach Neal Hatley.

"They are enthusiastic about learning and improving, which really fits the culture we're building here at Bath."

Thomas, who received part of his education in Bath before playing for Bristol, joined Sale in 2010 - and has since scored six tries in 63 Premiership appearances, earning his first England cap against Argentina last summer.

"I'm really excited to be moving to Bath next season," he said. "They're a club clearly on the rise, with a lot of ambition.

"They also have a very strong pack, excellent coaches and a top squad, so I can't wait to get started there."

Auterac has made 15 appearances since being given his Premiership debut for Saracens against Wasps in November 2012.