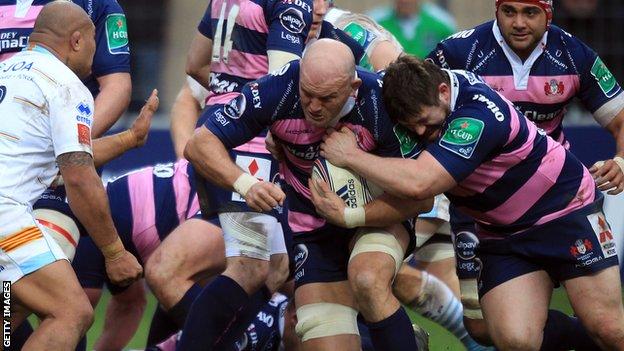 Gloucester lock Will James has confirmed he will retire from playing at the end of the season.

He joined Gloucester in 2006 from Cornish Pirates and has since made 159 appearances for the Cherry and Whites.

"I've had a great career but I want to finish on an absolute high," James told BBC Gloucestershire.

James confirmed he is set to take on a coaching role at an independent school in Yorkshire at the end of the season.

"Coaching is something I've been looking to get involved in for a while and it's a great opportunity I couldn't pass up," he added.

James will captain Gloucester in their LV= Cup game against Scarlets on Friday.