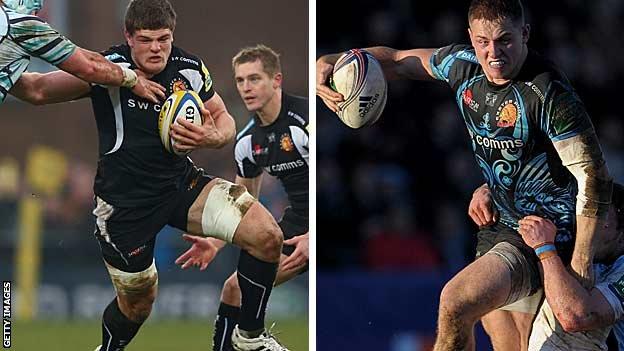 The Chiefs pair are joined in the match-day day squad by team-mates Henry Slade and Dave Lewis, who will start on the bench.

The Saxons have drafted Bath youngster Anthony Watson into their side from the senior England Six Nations squad.

Northampton flanker Calum Clark will captain the side.

"Calum has been a positive influence from the moment he arrived in camp, he commands the respect of the group and I'm sure he will lead from the front," said Joe Lydon, the Rugby Football Union's head of international player development.

"Freddie Burns has also made an outstanding contribution in the time he's been with us and he will be vice-captain at Kingsholm."