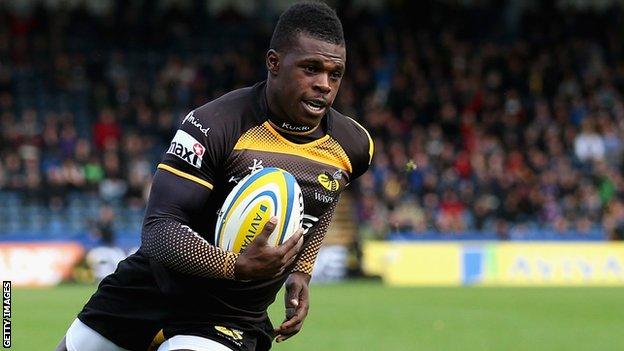 England wing Christian Wade has signed a contract extension to stay at London Wasps for the "foreseeable future".

Since his debut in 2011, the 22-year-old Wasps academy product has played once for England and earned a call-up to the British and Irish Lions squad.

I am extremely grateful for the opportunities they have provided me

"We are now building towards something that we all believe in and want to be part of," he told the club's website.

"I'm excited about what the next few years will bring and am delighted to be here for the foreseeable future."

His performances last season led to his inclusion in England's summer tour of Argentina, where he won his first cap in a 32-3 win over the host nation.

The following week he was called up as injury cover for the British and Irish Lions in Australia.

"Playing for England is a dream come true and pulling on a Lions jersey in the summer was something that I never expected," he added.

"It was Wasps who gave me the platform to go on and do those things and I am extremely grateful for the opportunities they have provided me."