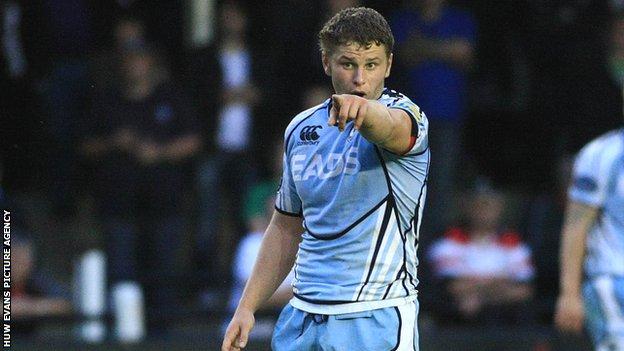 Gloucester have signed flanker Thomas Young from Cardiff Blues on a deal until the end of the season.

The Aberdare-born 21-year-old came through the Blues academy and made his senior debut against Bath in 2010.

"Thomas has been very successful through the age groups in Wales," Gloucester director of rugby Nigel Davies told BBC Gloucestershire.

"There's an opportunity for him to move away from Cardiff Blues and we've got a space as well."

The Cherry and Whites have been looking to add to their back row after the departure of Akapusi Qera and injury to Andy Hazell.

"It gives us a chance to look at Thomas for the rest of the season," Davies added.

"He's not a direct replacement but he's been a bit frustrated at the Blues, so there may be a chance here for him."