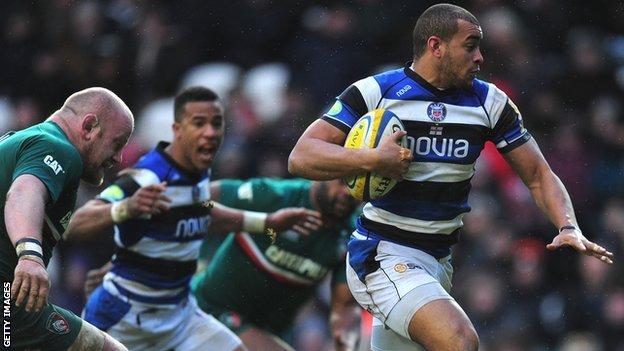 Bath's Jonathan Joseph has been ruled out for two months with a leg injury.

The 22-year-old centre limped off after scoring a try in the second half of Bath's Amlin Cup win over Bordeaux Begles at The Rec.

Joseph had been called up to the England Saxons squad for their matches against Ireland Wolfhounds and Scotland A but has now been replaced by Harlequins' Matt Hopper.

"He's nearly been getting a try a game in the last few weeks and he's almost been the glue in our back line. But now it gives someone else the opportunity to come in."

Former London Irish man Joseph, who has six caps for England, has scored five tries in 13 games in his debut season for Bath.