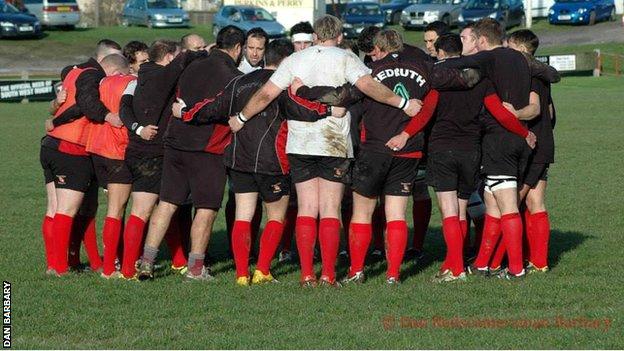 Redruth coach Ashley Morcom says victory in this week's game against Bournemouth is crucial as his side approach a key run of fixtures.

The Reds take on all four of the teams below them in the table over the next five weeks as they seek to regain momentum in the league.

We've changed our brand of rugby and that doesn't happen overnight

"We've got the four teams below us and we have to get off to a good start by beating Bournemouth at home."

"It's important we put right what happened at home against Chinnor [when Redruth lost 25-26] and we get the win at home," said Morcom.

"It's not just for our league position but to say to the supporters that we're not that bad a rugby team and it was just a mishap at home against Chinnor.

"Against Chinnor at times we played probably some of the best rugby Redruth have played in a very long time.

"We've changed our brand of rugby and that doesn't happen overnight, we're not as forward-orientated as we were so we've been working on other gameplans and it takes a while to get used to."