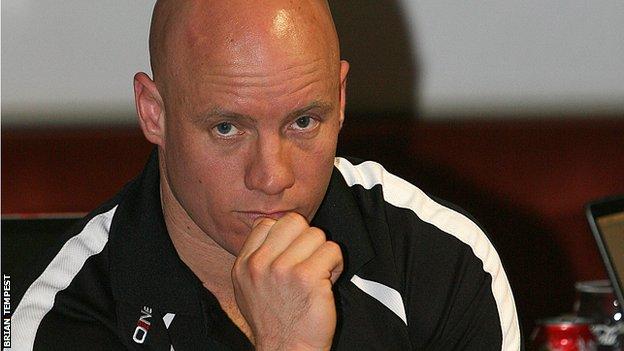 Harvey Biljon tasted defeat in his first game in charge of Jersey, as Rotherham ran in five tries in a 35-22 win.

Sean Scanlon and Ali Birch went over either side of Brown's second to set Titans up for a ninth straight win.

Jack Burroughs' late try for Jersey was not enough for a losing bonus point.

Despite the loss, the Channel Islanders remain four points off the bottom of the Championship as fellow strugglers Ealing Trailfinders lost at Moseley.

The win for Rotherham sees them go top of the table but fellow title-chasers London Welsh play on Sunday and will be hopeful of moving back to the top.

Jersey had been given the early opportunities in difficult conditions at St Peter and fly-half Niall O'Connor had already missed two penalties by the time he found his range and gave the hosts a 3-0 lead.

The visitors hit back through To'oala's try in the corner, which was scored moments after Jersey wing Mark Foster had been sin-binned.

Sowery crashed over just after the half-hour mark to extend the Rotherham advantage but Brown's first of the match after good work from the Jersey pack helped cut the deficit to two points.

There was still time for Broadley to touch down before half-time and make it 17-10 and Scanlon's score clinched the bonus point.

Brown's second try after a series of driving mauls pulled Jersey back in touch but then a poor clearance allowed Titans replacement Birch to run through for his side's fifth try.

The islanders might still have had hopes of a losing bonus point but the game drifted away from them before Burroughs' late try in the corner made the score look more respectable.