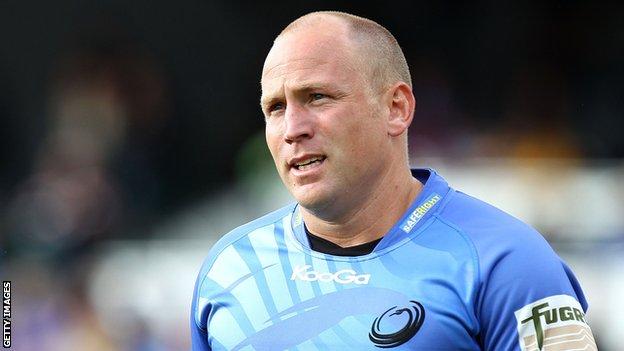 London Wasps have signed former Australia scrum-half Brett Sheehan on a deal until the end of the season.

The 34-year-old has not played competitive rugby since leaving Western Force last summer after three years at the Super Rugby outfit.

His last of seven Wallabies caps came against Italy in November 2012.

"We have been operating with only two first-team scrum-halves in recent weeks, which clearly isn't enough," said Wasps director of rugby Dai Young.

"We have two talented young scrum-halves here in Joe Simpson and Charlie Davies, so Brett brings a great balance to that group and I have no doubt that his experience will be a benefit for those two, as well as Jack Moates as he continues his recovery from injury."

Sheehan, who has also represented NSW Waratahs, said: "Having played all of my club rugby in Australia, it is great for me to be able to go overseas and experience a different league and a different brand of rugby.

"Since the move was suggested to me, I have been impressed with what Dai Young and his team are doing at Wasps."