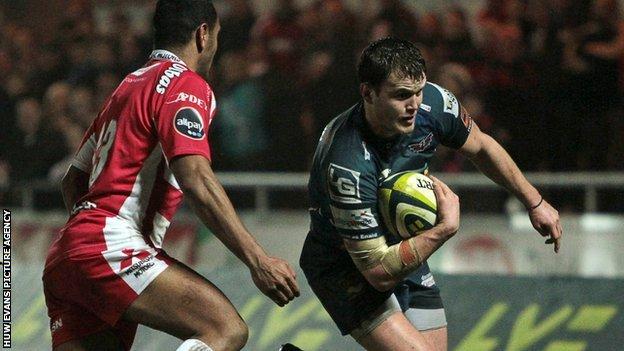 Centre Steffan Hughes and wing Aaron Warren cross for tries in the Scarlets victory over Gloucester to keep themselves in the LV Cup.

The Scarlets were pushed all the way by the visitors but are still in the hunt for the quarter-finals with this win.

Centre Hughes crossed for a try to make it 5-0 to the Scarlets at the break.

Fly-half Billy Burns converted his try for Gloucester before Warren replied with the Scarlets second try to secure victory.