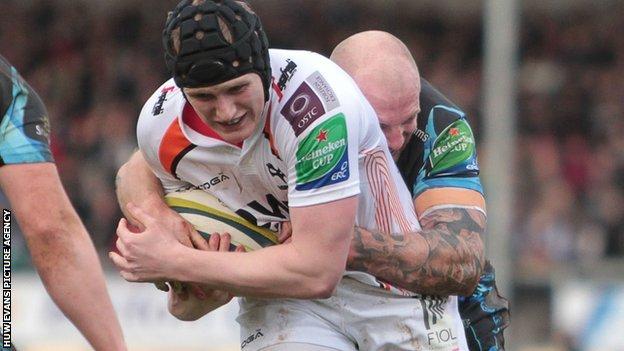 Exeter Chiefs kept alive their slim hopes of progressing in the LV= Cup with victory over the Ospreys at Sandy Park.

There were four tries in a nine-minute spell at the start of the second half with a second for Luke Cowan-Dickie and one from James Scaysbrook.

But the Ospreys came back to secure a bonus point with a touchdown from Matthew Jenkins, converted by Matthew Morgan, and Tom Grabham to level the scores.