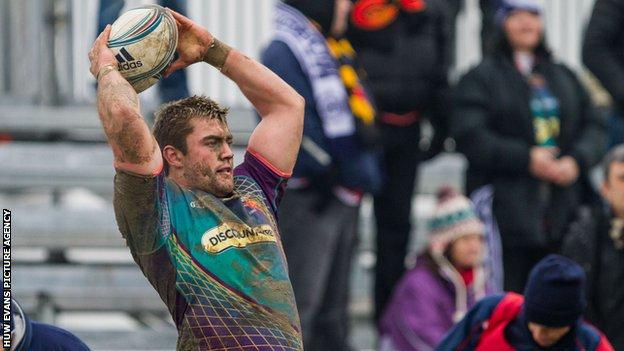 Newport Gwent Dragons hooker Sam Parry will join the Ospreys at the end of the current season.

The 22-year old, currently training with the Wales squad ahead of the Six Nations, has signed a four-year contract with the Ospreys.

Parry, who has also played for Llandovery and Newport, has made 48 appearances in three seasons with the Dragons.

"I'm very excited to be joining the Ospreys from next season," Parry said.

"I feel this is the right place for me to continue improving and develop as a young rugby player, working day in, day out with top quality coaches and players.

"My long-term ambitions as a player are to be involved in an Ospreys team that will continue to challenge for success and silverware year on year and, hopefully, to make the step-up to the next level and become a Welsh international."

Ospreys' signing of the former Wales Under-20 player comes after Wales hooker Richard Hibbard confirmed he would be joining Gloucester next season.