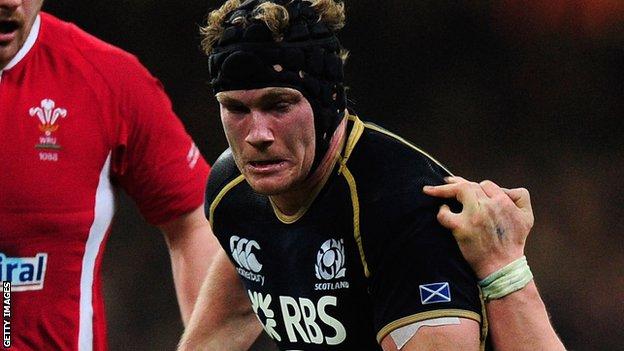 Ross Rennie scored twice on his debut as Bristol landed eight tries on their way to a 54-14 thumping of Jersey.

The West Country side had already sealed the bonus point by half time, with tries from Luke Baldwin, Rennie, Luke Eves and Ross Johnston.

Ben Glynn, Ruki Tipuna, a penalty-try and Rennie's second with the final move of the game completed the win.

Wingers Mark Foster and Grant Pointer grabbed the Jersey tries - one in each half - but it was a mere consolation.

The victory takes Bristol up to fourth spot in the Championship table with a game in hand on the sides around them.

Bristol were ahead early on when scrum-half Baldwin went over on his first start for the club, before Scottish international Rennie pounced on the ball from a driving maul to help the hosts to a 14-0 lead.

Foster went over in the corner to keep the islanders in touch, but Eves and then Johnston on the stroke of half-time secured the bonus-point.

Glynn crossed the whitewash in the opening minutes of the second half to open the gap further, before Pointer briefly raised Jersey's hopes by escaping the last tackle to score.

Replacement scrum-half Tipuna claimed Bristol's sixth try within seconds of coming off the bench, before a penalty-try and then Rennie's second right at the end sealed a comfortable win.