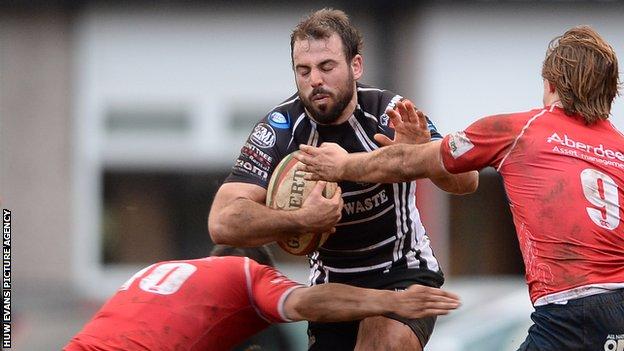 Simon Humberstone has signed a full-time contract with Cardiff Blues that will keep the fly-half at the Welsh region until at least 2015.

The 26-year-old has made four appearances for Blues this season, making his first start in the LV= Cup victory over Ospreys in November.

Humberstone started his career in the Harlequins academy but has been a part of the Pontypridd squad since 2010.

"This is a big opportunity for him to be part of our set-up. It's exciting for him and it strengthens our squad at outside-half, which is crucially important to us going forward.

"Simon joined up with us last year when we were looking for fly-half cover and did brilliantly.

"He was fantastic in the LV= Cup win over Ospreys and the Munster game in the RaboDirect Pro 12 was also a very good experience for him as it showed him what is required at this level."