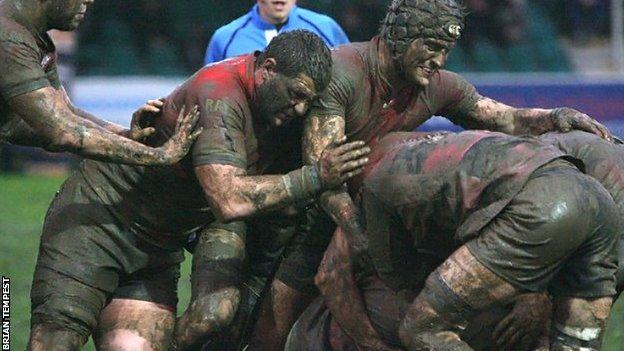 Cornish Pirates have been drawn to face Welsh Premiership side Pontypridd in the British & Irish Cup quarter-finals.

The Pirates already knew they would be at home after finishing the pool stages as one of the top four seeds.

Director of rugby Ian Davies saw his side top their group with five victories from six games.

In the other ties, Plymouth Albion will travel to face Leeds Carnegie, Bristol host Rotherham Titans and Irish rivals Leinster and Munster go head to head.

The matches are scheduled to take place on either 4, 5 or 6 April

"As draws go we have got the tough end of the stick, as Ponty are traditionally a very good Cup team and are a top side in Wales," said Davies.

"A number of their players have regional experience, including with the Blues, and from witnessing their results it is also clear that they travel well."

Pontypridd head coach Paul John added: "Any draw at this stage of the competition was going to be extremely tough and we have a real challenge on our hands travelling away to take on Cornish Pirates.

"This will be a fresh challenge for us and we will travel to Penzance with every intention of putting in a big performance and coming away with a win.

"Our supporters are, I'm sure, already relishing the trip to Cornwall. It will be another big day out for them which will be no more than they deserve after following us through thick and thin with great enthusiasm so far this season."