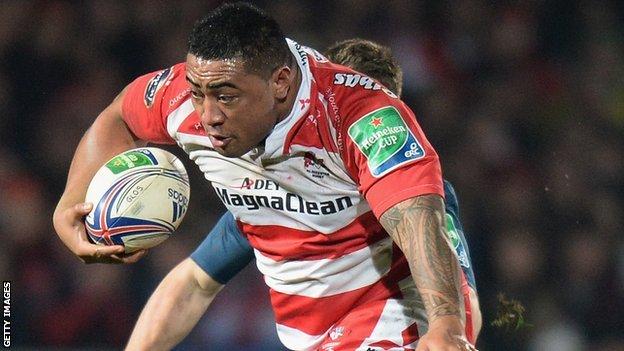 Tonga prop Sila Puafisi has been given an extended contract by Gloucester.

Puafisi, who has eight international caps, arrived at Kingsholm on a short-term deal in December, making his debut in the Heineken Cup against Edinburgh.

He has since made five starts and impressed enough to earn a long-term stay with the Premiership club.

"He has proved to be a dynamic and powerful scrummager, and is also excellent in the loose," said director of rugby Nigel Davies.

"He's still reasonably young for a prop, so is a real prospect. He's working hard and he is learning more every day about what is required to succeed at this level.

"He's settled in well within the squad. He's a great character and we're really looking forward to what Sila can bring us going forward".

The exact length of Puafisi's contract has not been disclosed, but the Cherry and Whites now have three tight-head props under contract for next season - new signing John Ofoa, Puafisi, and Shaun Knight, but Rupert Harden has yet to commit beyond the summer.