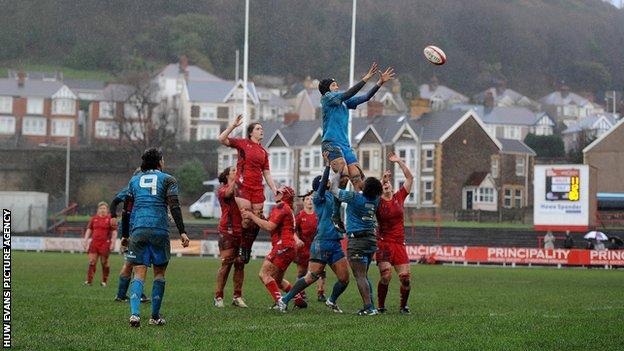 Italy Women snatched victory over Wales Women at the Talbot Athletic Ground in their Six Nations opener on Sunday.

Wales dominated the first half but had only a Lowri Harries try and Robyn Wilkins' penalty to show for it.

Hooker Melissa Bettoni's try, converted by Michela Sillari, started the Italy fightback and although Wilkins added a second Welsh penalty it was not enough.

Wales will look to try and get their campaign back on track on Friday, although they face a difficult task against a powerful Ireland side at Milltown House, Ashbourne RFC.

Wales Women's head coach Rhys Edwards was disappointed with the defeat: "It's a tough one to take to be honest.

"The way we were playing in the first half we maybe should have been 20 points ahead to have the game in the bag by half-time.

"In the past when we've played any Italian team if we're not two scores ahead there's always going to be a chance for them.

"We talked about the next score being a game changer either way. Once Italy get a sniff it always turns into a bit of a battle.

"I don't think the ball went past their scrum-half in the last 20 minutes - we just knew it was going to be a case of holding on but unfortunately we weren't able to hang on."