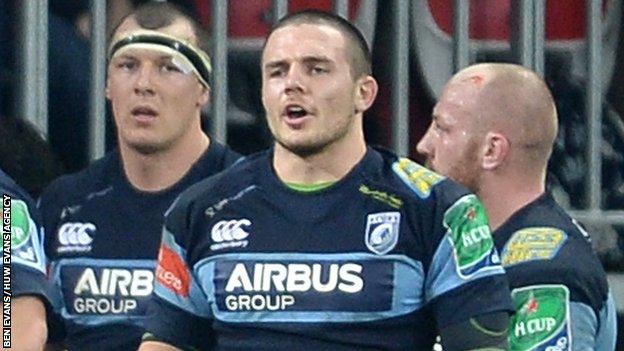 Jenkins led the Wales Under-20s to the runners-up spot in the Junior World Championships in France in 2013.

The 20-year-old made his full debut for the region this season and captained the Blues against Bath in the LV=Cup last weekend.

"He is a big talent and someone who will only get better," said Blues director of rugby Phil Davies.

"At Cardiff Blues we have some of the brightest young back-row players in Welsh rugby, so the news that Ellis has agreed a new contract is absolutely fantastic.

"Ellis is... a very mature and intelligent young player, especially at the breakdown where he makes good decisions.

"We're pleased that we've retained his services because he would have undoubtedly attracted the attention of other clubs. But he wants to remain a Blues player and help this region get even stronger."

Jenkins has played for all the Blues age grades and won the Welsh Championship every year he was in the squad.

Jenkins said: "I've been at the Blues since I was 14 and grown up with many of my current team-mates. I've enjoyed my development here and I always wanted to remain a Blue.

"To captain the Blues last week was a huge honour and now I want to establish myself as a regional player. I've been involved the last few months and I'm hoping next season I can really kick on."