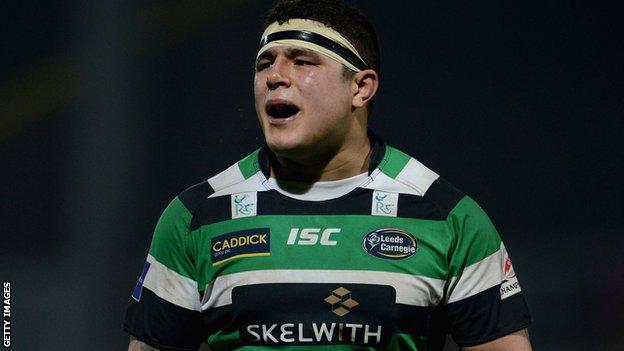 The 25-year-old has been at Leeds for two-and-a-half seasons and will be with Jersey until the end of the season.

"The intention is to give additional depth to the squad in a key position," said head coach Harvey Biljon.

"Sam will provide cover in the event of injuries, but beyond that I'm looking for him to establish himself and challenge the incumbents for a place."

Biljon added: "Sam is a proven operator in the front row but hasn't been getting many opportunities with Leeds in recent weeks, and I believe this will be a positive move for him at this stage of his career."

Lockwood, who is Biljon's first signing since joining as head coach earlier this month, moved to Leeds in summer 2011 and played 32 times in his first two seasons and made a further 14 appearances this season.