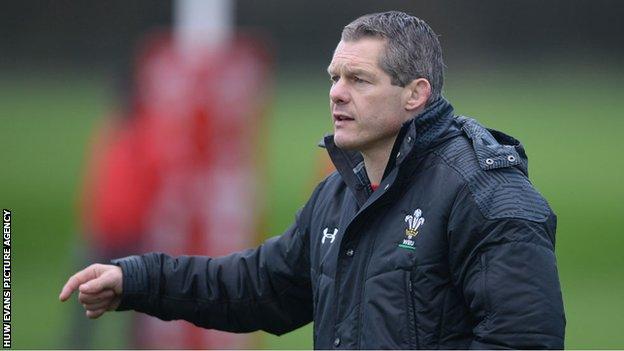 Coach Byron Hayward is hoping to go one better than last season by guiding Wales to the U20 Six Nations title.

Wales lost to England in a winner-takes-all Grand Slam decider in 2013, and they kick off this campaign against Italy in Colwyn Bay on Friday.

Former Wales fly-half Hayward is adamant his team has to improve on last year.

"Our objective is to win the championship and develop for the World Cup," he said.

"We've got a lot of talented players in Wales, and our objective has to be to better than we were last year and we finished second in the World Cup and had a Grand Slam decider against England."

The Welsh host Italy at the Parc Eirias ground, which has become the official home of the U20 team.

"We really enjoy going up there - it's our home ground and we've been very successful there - I think we've only lost one game there," added the former Ebbw Vale stand-off.