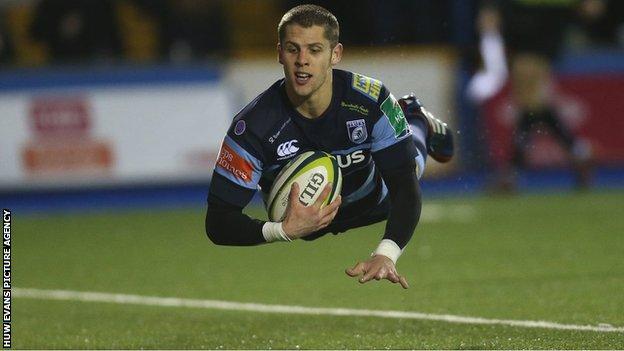 The Welsh regions enjoyed some good results in the final round of LV= Cup pool matches but failed to qualify.

Cardiff Blues had an outside chance of a semi-final spot and scored five tries in a 35-5 win over Harlequins.

But Sale's two bonus points in a 37-36 defeat to Ospreys in Bridgend, who scored a last-gasp try to win it, saw the Sharks end Blues' hopes.

Dragons lost 29-0 at Newcastle, while Scarlets ended their campaign with a 29-10 defeat away to London Irish.

One plus point to come out Scarlets' loss was the return to action of British and Irish Lions centre Jonathan Davies.

The 25-year-old suffered a pectoral tear against South Africa in November but played the first half at the Madejski Stadium before coming off at half-time.

Wales released him in a bid to prove his fitness for the Six Nations clash with Ireland on 8 February and he could now be in contention for the Dublin trip.

While Blues enjoyed their morale-boosting win, they will be anxious over the fitness of fly-half Gareth Davies, who was forced off within three minutes after taking a knock to the face.