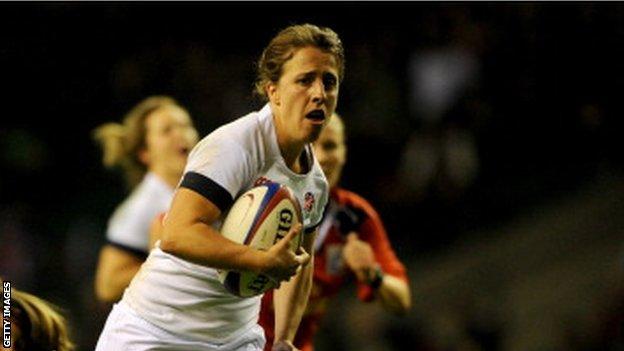 England's women made a disappointing start to their Six Nations campaign with an 18-6 defeat by France in Grenoble.

Gary Street's team, favourites for the competition, went in level at 6-6 at half-time thanks to two penalties by Katy McLean.

But two tries after the interval by Gaelle Mignot secured France, who host the World Cup this summer, the win.

England's next match is away to Scotland on 9 February.

Street will hope for an improved performance from his players, who were second best in most areas against the hosts.

But Mignot's tries - plus a drop goal and penalty by Sandrine Agricole, and a conversion from full-back Jessy Tremouliere - put that right.

England took the lead on 13 minutes thanks to McLean's first penalty but just three minutes later Agricole was on target with a drop goal to level.

McLean restored her side's lead with another penalty, but battling France were level before the break thanks to Agricole's first penalty.

France took the lead for the first time when hooker Mignot scored her first try thanks to a perfectly executed driving maul.

England fought back, passing up kicks at goals as they pursued a try of their own, but with quarter of an hour remaining Mignolet's second try - again from a driving maul - took the game out of the reach of the visitors.