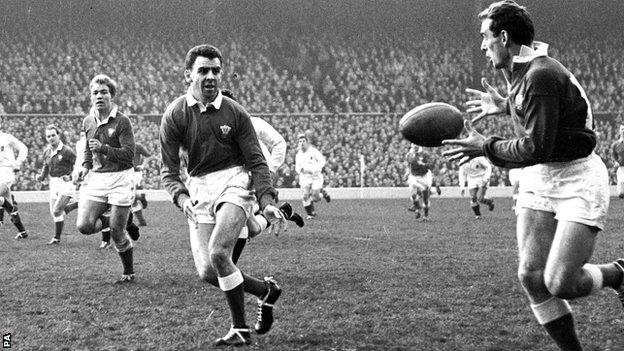 Former Wales international rugby player Keith Bradshaw has died at the age of 74 after a long illness.

He was a key member of the team that won the Five Nations Championship in 1966, kicking two penalties as Wales beat France 9-8 in the final game.

Bradshaw, from Cefn Cribwr, was captain of Bridgend RFC in the 1965-1966 season.

He made his debut in the 6-6 draw with England at Twickenham in January 1966 and in his second Test against Scotland scored a try, conversion and penalty as Wales won 11-3 in Cardiff.

Bradshaw toured South Africa with Wales the same year, but missed out on selection for the 1965 Five Nations before returning to the team in 1966.

He is best remembered for converting Stuart Watkins' try to clinch an 11-11 draw with France in 1966.

The ball fell over during his run-up, but Bradshaw still successfully kicked the goal to earn a draw.