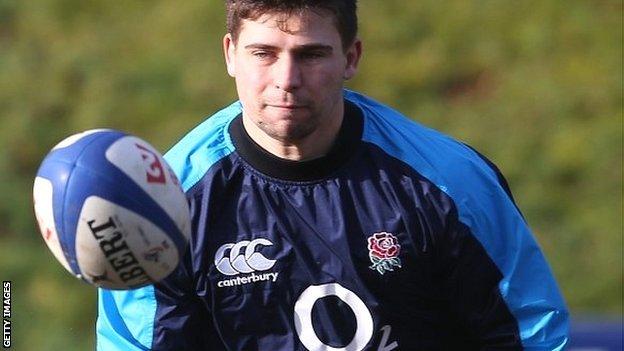 The England squad is unchanged for Saturday's Six Nations game against Scotland, with scrum-half Ben Youngs one of 10 players released.

Gloucester wing Jonny May is fit to play despite breaking his nose in the narrow defeat to France, while Courtney Lawes has overcome cheekbone bruising.

Owen Farrell is the only specialist fly-half, with Bath's George Ford and Gloucester's Freddie Burns released.

Danny Care and Lee Dickson are the two number nines in the squad.

Coach Stuart Lancaster says the same players deserve a second chance after coming back from 13 points behind to lead 24-19 in the second half in Paris, before losing out 26-24 to a late Gael Fickou try.

"We were disappointed by the result against France, but very proud of many aspects of the performance," he said. "We want to give the same 23 the opportunity to build on that against Scotland."