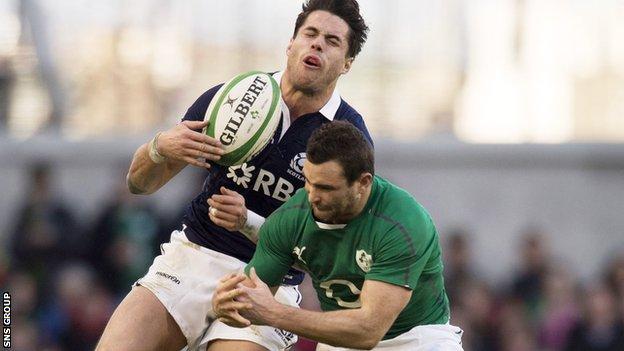 The New Zealand-born 25-year-old sustained a first-half concussion during Sunday's 28-6 defeat by Ireland.

He will be subject to further investigation in an Edinburgh hospital and will be assessed later by consultant surgeon Graham Lawson.

A Scottish Rugby statement added: "We also have a number of injuries at this juncture which will impact on availability to train at the start of this week.

"But we are optimistic that players will recover in time for the England game."