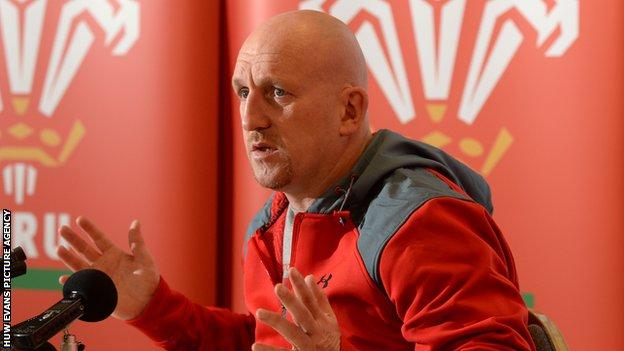 Ireland are slight favourites for Saturday's Six Nations showdown in Dublin against Wales according to Welsh defence coach Shaun Edwards.

Edwards says he was impressed by Ireland's form, beating Scotland on Sunday following their last-ditch defeat against New Zealand in the Autumn.

I'd say they are slight favourites

"Ireland's form at the moment is very strong," said Edwards.

"Obviously the All Blacks game and the game yesterday, they did a professional job on Scotland."

Wales are aiming to become the first side to win three Six Nations titles in a row.

They recovered from defeat at home to Ireland in the opening game of last year's tournament to reclaim their crown.

That match is one of the reasons why Edwards believes the Welsh are the underdogs for Saturday's match.

"I'd say that having come to our ground and beaten us last year, I'd say they are slight favourites," said Edwards.

"They are playing on their home ground and they are in pretty good form.

"We've always had great battles over the years with the victories ebbing and flowing to each side.

"We are hugely motivated for it."