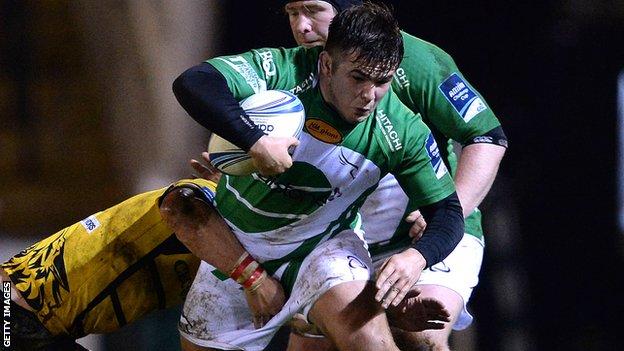 Newcastle Falcons' George McGuigan has extended his contract until June 2016.

The 20-year-old Ireland Under-20 international is in his first professional season and has thus far made 18 appearances for the club.

But he is yet to start a Premiership match, with his six starts coming when in the LV= Cup and European Challenge Cup.

"He's stepped up this season and I'm sure he'll want to kick on and cement his place in the team," said Richards.