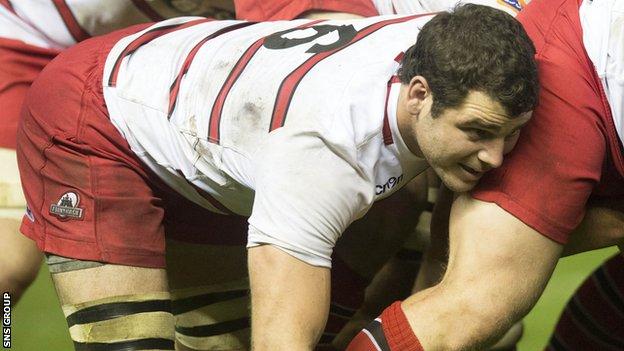 Argentina back-row Tomas Leonardi has signed a contract to stay with Edinburgh until the summer of 2015.

The 27-year-old arrived on a short-term deal in October and has made five starts in seven appearances.

"He is a physical, abrasive and hard working player and his training and performances have justified this extension," said coach Alan Solomons.

"He's comfortable across the whole back-row and this versatility is extremely valuable to the squad."

Capped 18 times for the Pumas, Leonardi arrived in Scotland via a stint in South Africa with the Kings franchise.

"This is great news for me," he told the club website. "I've worked really hard in my time here and I'm really happy to re-sign for the rest of this season and one more.

"When I first came here I was really impressed with the facilities, the squad and the coaching, so was very excited to get the opportunity to train and play.

"In these three months I've done my absolute best to perform for the club and make a good impression."