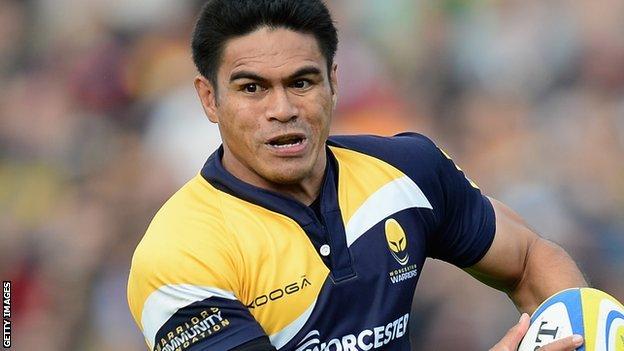 Bristol have re-signed Samoa wing David Lemi from Worcester on a two-year deal, starting next season.

The 31-year-old, who played 88 games and scored 248 points for the club before leaving in 2009, has made 31 appearances for the Warriors.

Lemi, who has 43 caps and featured for Samoa at the 2007 and 2011 Rugby World Cups, played for London Wasps and Glasgow before joining Worcester in 2012.

"Wingers of David's calibre are hard to come by - he's the type of player that lifts the crowd and makes things happen," Bristol director of rugby Andy Robinson told the club website. "David is a try-scorer, and that's a valued commodity."