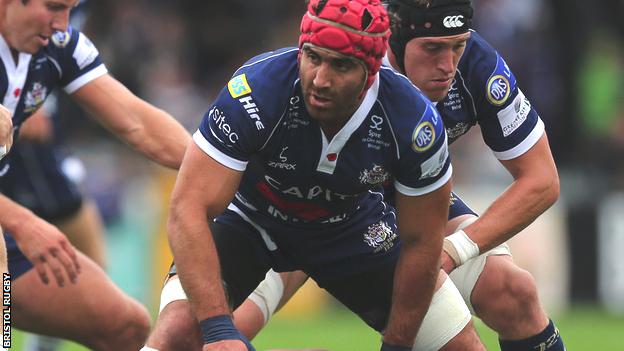 Bristol flanker James Merriman has been forced to retire because of a serious knee injury.

The 30-year-old, who made 102 appearances for the Championship club, had surgery in 2012, but reinjured his knee in Bristol's British & Irish Cup defeat at Leeds earlier this month.

The ex-Gloucester player won the Sevens World Cup with Wales in 2009.

"The news has come as a massive shock to me and I'm disappointed to not be able to continue playing," he said.

Bristol director of rugby Andy Robinson told the club website: "James sets the highest standards in everything he does and we're sad to see his career cut short by injury."

During his career, Merriman also captained Wales to an under-21 Grand Slam, and was named in the Championship Dream Team in 2011 and 2012.