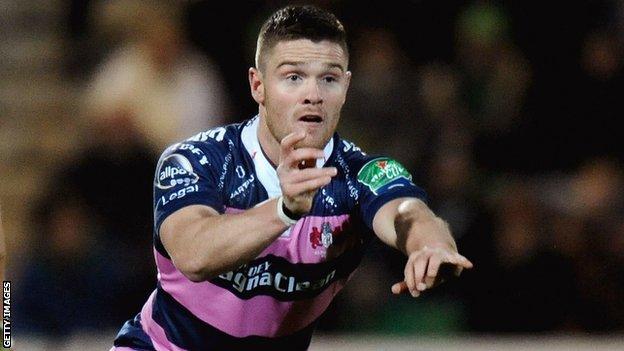 The 23-year-old will move to the Arms Park from the Aviva Premiership club at the end of this season.

Knoyle, who has 11 caps, made his debut against New Zealand in 2010, but is not part of Warren Gatland's current Six Nations squad.

"It's a terrific opportunity for us, and it's great for Tavis," said Blues rugby director Phil Davies.

After playing for Neath, he joined Scarlets for the 2009-2010 season and made 66 first-team appearances for the region.

From there, he moved to Gloucester on a two-year deal at the end of the 2012-13 season.

Knoyle is far from certain to gain the number nine Blues jersey, however.

"We are very lucky that we have got some very good scrum-halves here in Lloyd Williams, Lewis Jones and young Tomos Williams coming though," said Davies.

"But we need depth, and Tavis is a little bit different. As a unit, they will complement each other.

"Tavis is someone I've known from my Wales Under-20 days, where I gave him his cap, and he is a very hard-working scrum-half."