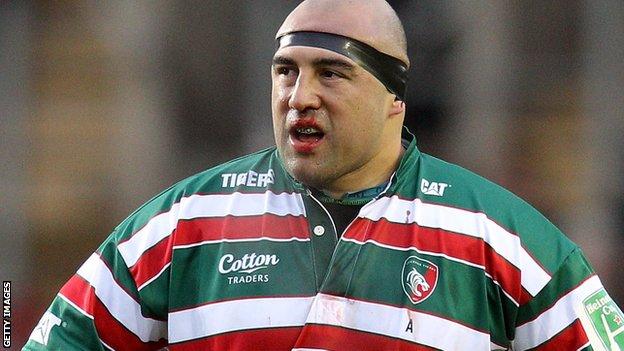 The 34-year-old, who started his career as a hooker, will move to Rodney Parade for the start of the 2014-15 season after seven years at the Tigers.

Stankovich has made 113 appearances for the Tigers since arriving at Welford Road from French side Albi in 2007.

"We are delighted to have made such an experienced addition in Boris," said Dragons director of rugby Lyn Jones.

"He is going to bring vast knowledge and experience to the front row department.

"Currently we are young and inexperienced. Boris' guidance and leadership within this department will be crucial in helping our growth.

"We are convinced we have signed the right man."

Stankovich said: "The opportunity to play in Wales at Newport Gwent Dragons under both Lyn Jones and Kingsley Jones is certainly one I am very much looking forward to.

"The Dragons are an ambitious club and the region as a whole has been an integral part to Welsh Rugby over the years. Something I will be proud of representing over the next two seasons."

The New Zealand-born, loose head prop began as a hooker, playing at Bath and London Irish, but was well-established as a prop in his five years with Albi.

"He has been a great for us both in the first-team and in working with younger players in the squad and he will continue to do that for the rest of the time he is here.

"He will leave in the summer with our very best wishes for the future. We have a good group of props at the club and we're also looking at our front-row options for next season."