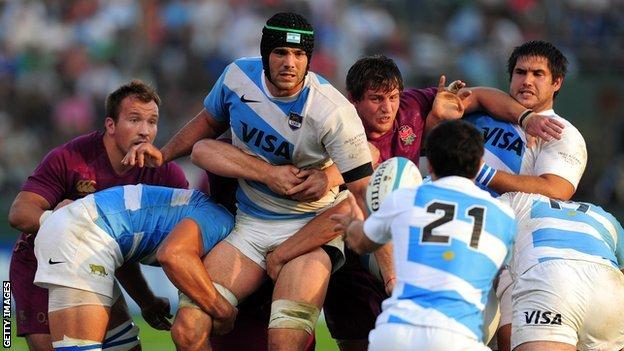 The 6ft 8ins 18-times capped Argentina international will arrive at Kingsholm in time for the 2014-15 campaign.

Galarza, who joined Warriors in October following the conclusion of the southern hemisphere Rugby Championship, has so far made 11 appearances.

"He's a bright man and understands the line-out. We need strength in depth in that area and he will certainly bring that.

"He's a quality player to add to the already quality area within our squad."

Galarza will be travelling in the opposite direction to Gloucester pair Matt Cox and Ryan Mills, who have signed to move to play for former Cherry and Whites coach Dean Ryan at Sixways next season.

Meanwhile, Gloucester have confirmed that Wales scrum-half Tavis Knoyle will leave the club in the summer to join Cardiff Blues.