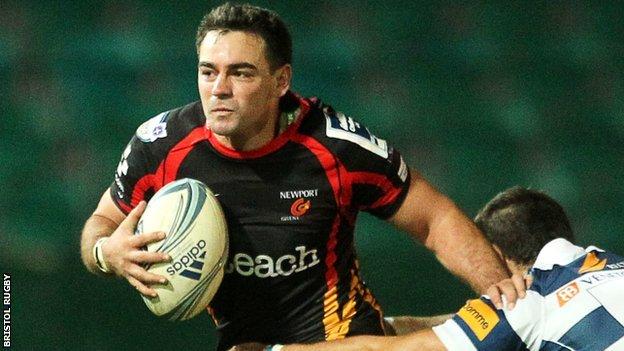 Bristol have signed centre Adam Hughes from Newport Gwent Dragons on a deal until the end of the season.

The 23-year-old, who can also play at wing and full-back, has made 80 appearances for the Dragons since his debut in 2010.

"He offers us something different to the midfield options that we currently have available to us."

Hughes' arrival comes after the Championship club, who currently have a 50-man squad, announced the return of Samoa wing David Lemi in the summer, as well as new deals for Kyle Traynor, Adrian Jarvis, Ellis Genge, Ryan Edwards and Auguy Slowik.

He said: "The ambition of the club excites me and I'm looking forward to developing my game under Andy [Robinson] and Sean [Holley, assistant].

"Everything is in place for Bristol to be a successful side - I'm looking forward to contributing for the remainder of the season."