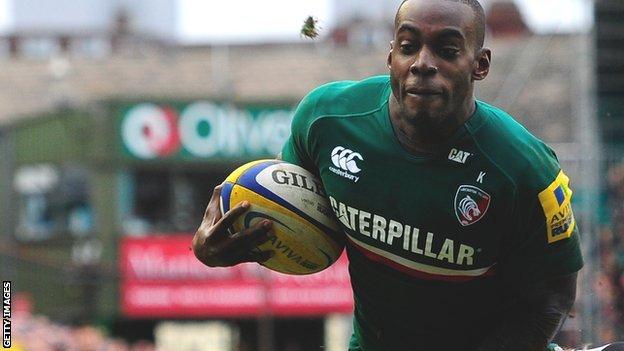 Back-rower Crane, 27, joined the club from Leeds Tykes in 2006 and has earned three England caps, while winger Thompstone, 26, signed in 2012.

Scrum-half Mele, 28, and winger Benjamin, 25, who recently returned from a year out injured, both still had a year left on their current contracts.

The club have not announced the length of the new agreements.

"I'm happy those guys have re-signed, and that we can keep building," director of rugby Richard Cockerill told BBC Radio Leicester.

"We have a good squad and we would like to keep our continuity as best we can.

"It's a pretty young squad overall and you need to keep that squad together for two or three years to bear fruit.

"It's about then trying to buy in and around that to make the team better. It's getting harder every year to do that as competition across the world is getting harder to one, keep players, and two, buy quality players."