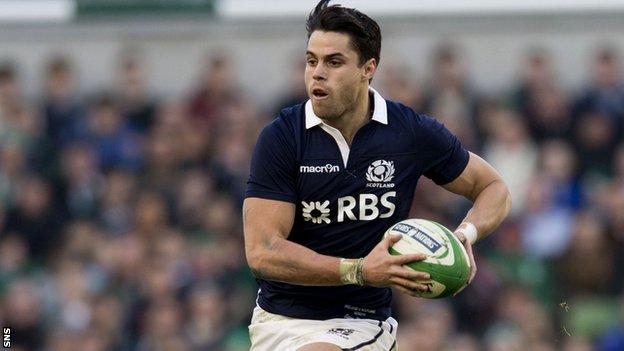 Sean Maitland has been ruled out of Scotland's remaining Six Nations games with his recovery from a knee injury expected to take up to eight weeks.

after limping off against Ireland.

However, Glasgow Warriors back Maitland will not require surgery.

"Sean is now beginning work on his rehabilitation in the care of the Glasgow Warriors medical team," said Scotland team doctor James Robson.

"Sean was examined by consultant orthopaedic surgeon Graham Lawson. He found that Sean has sustained some damage to the structures of his knee and ankle but, happily, does not require surgery.

"The expected recovery time for soft tissue damage of this sort is up to eight weeks."

and face an England side looking to bounce back from .

And the Scots' interim head coach Scott Johnson is expected to name his line-up for the Murrayfield clash on Thursday.