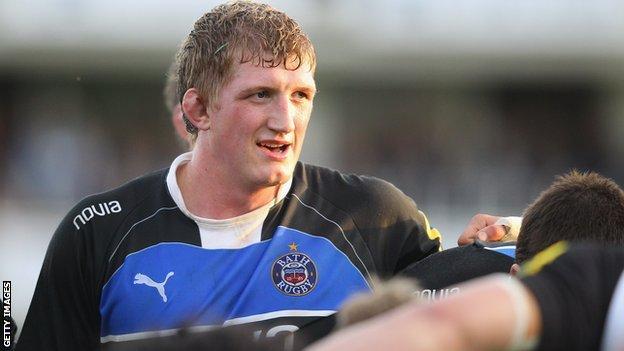 Bath captain Stuart Hooper has signed a one-year contract extension to remain at the Premiership club for next year.

The 32-year-old second row is in his sixth season at The Rec, having joined from Leeds in 2008.

Hooper has been captain since the 2011-12 campaign and has made 99 Premiership appearances for the club.

"He's an outstanding leader. The way he talks to the other players in team meetings is very impressive," head coach Mike Ford told BBC Radio Bristol.

"It's just fantastic news for us as there's not many leaders like him."