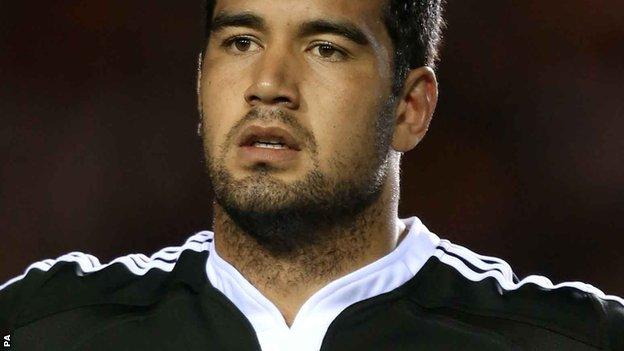 Exeter Chiefs lock Romana Graham is to leave the club at the end of the season to join La Rochelle on a two-year deal.

Graham has struggled to establish himself at Sandy Park since arriving from Waikato Chiefs in August, making just five first-team appearances.

The 27-year-old spent time on loan at Plymouth Albion this season, making two appearances in the Championship.

"Romana is a player that I have followed regularly for two seasons in Super 15, as well as the ITM Cup," said La Rochelle coach Patrice Collazo.

"He has had some international experience with the New Zealand Maoris and is technically very strong, particularly at line-outs.

"Talking to him, Romana says he is looking forward to coming to France and we feel he will be a real asset to the team.

"His qualities will certainly complement the players we have in the second row, but also give us additional options in this area. We are very pleased that he is joining us for the next two seasons."