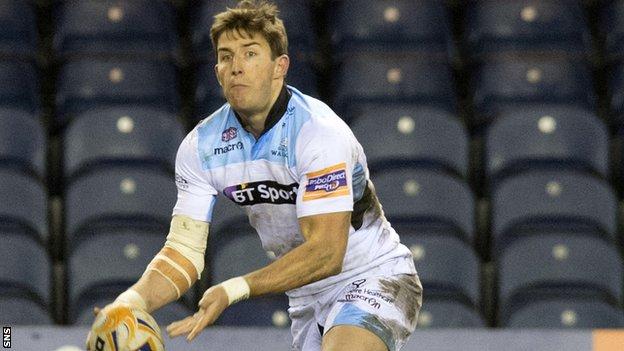 Glasgow Warriors winger DTH van der Merwe will miss the rest of the Pro12 campaign due to a shoulder injury.

The Canada international, 27, has undergone surgery and will be out of action for up to six months.

South Africa-born Van der Merwe moved to Scotland in 2009 after an injury-hit period at Saracens and is Glasgow's all-time leading try-scorer with 28.

Last week, Lee Jones joined the club on loan from Edinburgh until the end of the season to provide cover.

Glasgow Warriors head coach Gregor Townsend said: "We're really disappointed for DTH that he's going to be out for the rest of the season.

"He has been an important player for the club over the past few seasons and we wish him well in his recovery.

"We brought in Lee (Jones) last week to provide cover until the end of the season and we were delighted with his display on his debut against Connacht."