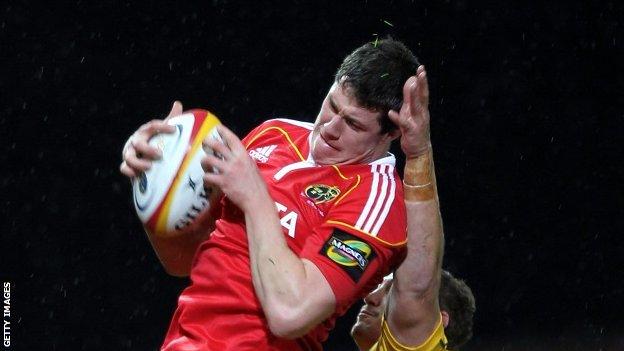 Newcastle Falcons have completed the signing of Munster second-row Ian Nagle until the end of the season.

Nagle, 25, has made two appearances for the Irish Wolfhounds, and was part of Ireland's training squad for the 2012 Six Nations Championship.

He played in the Munster side that won the 2011-12 British and Irish Cup.

Newcastle director of rugby Dean Richards said: "Ian is a great addition to the pack as we enter the business end of the season."

Nagle added: "I'm delighted to have the opportunity to test myself in the Premiership.

"Looking at the fixture list there are some big teams to play against in the next few weeks and they are the games that you relish and want to be involved in as a professional rugby player."