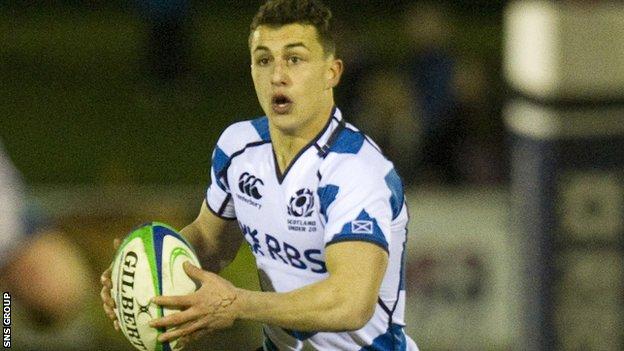 Melrose winger Damien Hoyland has agreed to join Edinburgh in the summer on a two-year contract.

Hoyland has caught the eye on duty for Scotland Under-20s, with six tries in 11 appearances.

"I was invited to spend a couple of months with the squad from October to December which really helped," he told the club website.

"I've always dreamed that I might get this chance since I started playing rugby so I'm absolutely delighted."

"I heard about Damien through the feedback we receive from the domestic club scene and the scouts and coaches we have watching games in the Premiership.

"We had a closer look at him in training at Murrayfield and have taken him on a couple of away matches to introduce him to our squad and set-up, and show him how we operate."