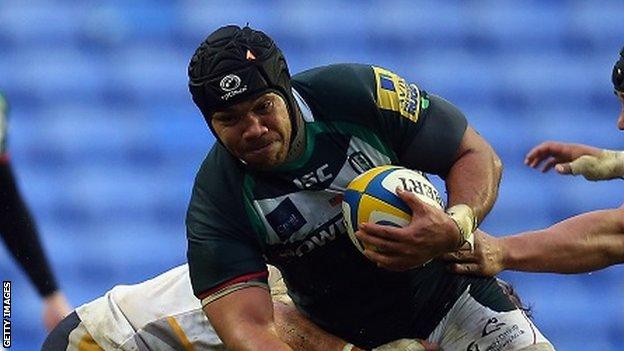 Samoa international forward Treviranus, 29, has made 43 appearances for the Exiles since arriving in 2011.

Welshman Ellis, 21, has impressed in the back row and at hooker, appearing in the LV= Cup and Premiership.

Treviranus has signed a new three-year deal, while Ellis has agreed a one-year extension.

"Clearly there are many developments happening off the field at our club and the positive steps we are making from a rugby point of view made staying an easy decision," Ofisa said.

As for Ellis, he is looking to continue his development with Irish.

"I have been unfortunate with injuries during my two years at London Irish, but the club has always stuck by me.

"I want to push on next season and work hard to break into the senior squad," he said.

Director of rugby Brian Smith added: "Ofisa has been outstanding for London Irish since he joined and Gerard is a hugely exciting prospect who we believe can be an international player in the years ahead."