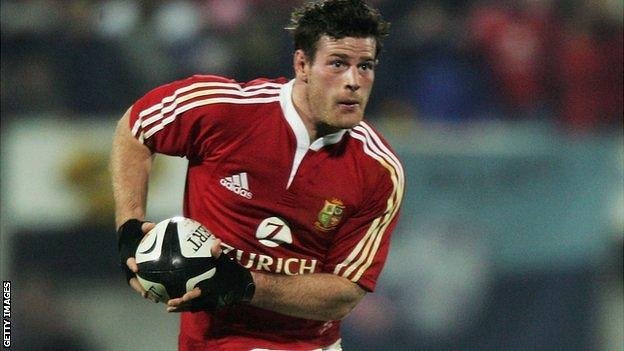 Former England hooker Andy Titterrell has been forced to retire from rugby on medical advice.

The 33-year-old earned five England caps and was part of the British and Irish Lions' 2005 tour of New Zealand.

The former Sale and Gloucester player joined Championship side London Welsh at the start of this campaign, but is now looking into a career in coaching.

"It is absolutely devastating that my career has ended as a player in these circumstances," said Titterrell.

"I hope to move forward now and make the transition into a specialist skills and strength & conditioning coach so that I can pass on my understanding."

He spent the bulk of his career with Sale but also had spells with Gloucester, Leeds and Edinburgh before making the move to the Kassam Stadium in the summer, but played only seven times for London Welsh.

Head coach Justin Burnell paid tribute to Titterrell: "Andy is one of the most professional players I've ever worked with. His attitude and his contribution on and off the field has been amazing.

"It's a massive blow to lose Andy. His defensive qualities were fantastic - he topped the tackle count every single week."

London Welsh, who are seeking an immediate return to the Premiership following relegation last season, are currently top of the Championship, two points clear of Leeds, Rotherham and Bristol.