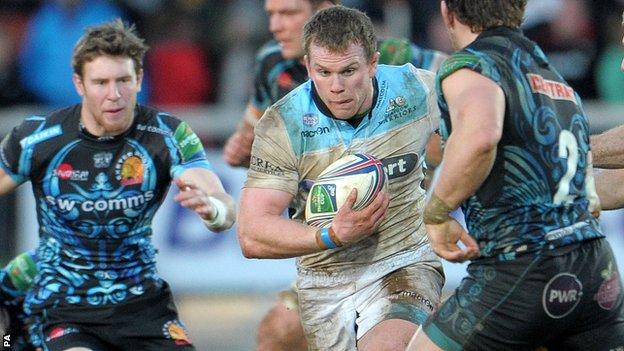 Glasgow flanker Chris Fusaro has signed a new two-year deal with the club.

The 24-year-old, who made his Scotland debut in the Six Nations loss to England on Saturday, will now stay at the Warriors until 2016.

Fusaro has made 64 appearances since joining Glasgow four years ago and has also captained the side.

Warriors head coach Gregor Townsend said: "It's fantastic news for the club that Chris has decided to stay and continue his development in Glasgow."

He said: "Since joining the Warriors, I've never looked back and I'm delighted to be staying at the club for another two years.

"I'm enjoying working with the coaches and my game has really developed over the past few years."