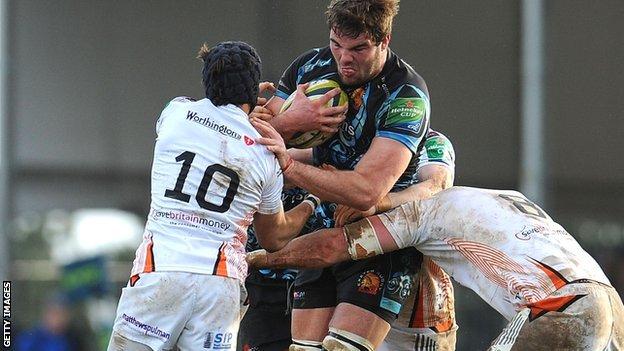 Exeter Chiefs second row Will Carrick-Smith has joined the Cornish Pirates on dual registration as injury problems mount for the Championship club.

The academy lock has played seven first-team games for Exeter, including three in the LV= Cup this term.

"Will is obviously a big lad and we will be able to give him some game time until the end of the season," Pirates director of rugby Ian Davies said.

Chiefs boss Rob Baxter added: "We have a very good working relationship with Ian Davies and the Pirates, so it's a win-win for everyone concerned.

"Over the past few years we have seen a number of our young players head down to the Pirates, guys like Sam Hill, Jack Yeandle and Dave Ewers, and they have really benefitted from getting game time and exposure at that level. They have used their experiences down there to push on and ultimately break through into our first team."